Samuel Coraux became a jewelry designer by chance. For a long time he worked in cinema, traveling the world producing and directing films. Then, one quiet day on a Normandy road, under the midday sun, his life was changed forever. He lost control of his convertible which rolled over. He saw the sky, the brightness of the sun, the green fields, the midnight blue of the asphalt - all the colours merged into one and time ceased to exist. Then everything stopped, the car was smoking and he was still alive! Sometimes you need to stop the clock so you can start doing what you really want. And what he really wanted to do was explore the world of costume jewelry and to create drama in the wearer's life.

Samuel Coraux took all the colors he liked and started drawing necklaces. He realized he could work quickly and he is in a hurry! Materials, colors, movement - his work is about controlled eccentricity.

Creation has no limits and Samuel uses all of his previous experiences as inspiration for his work - his life in London, his time in Japan, his life in Spain and all those days in Paris, the city where he now lives. His studio is near Republique in central Paris where the collections are made.

His discovery of Murano glass saw him create his first collection. He combined strong, clear colours with a simple design. Then he discovered plastic as a material with which to work, creating his ring collection.

Samuel Coraux wants his jewelry to be surprising and simple at the same time, to give people a smile in a world full of hustle & bustle.

Samuel's work is to be found in discerning shops around the world, including the shops at the Musee des Arts Decoratifs in the Louvre, the Centre Georges Pompidou, the Musee d'Art Moderne de Paris and Please Do Not Enter. His jewelry is worn by Berenice Bejot, the actress in The Artist, in the forthcoming film 'Au Bonheur des Ogres.' 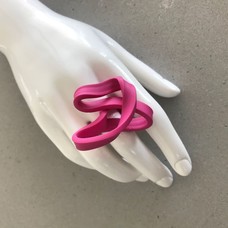 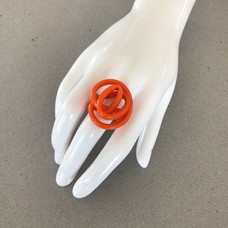 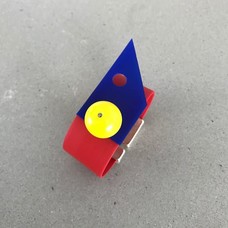 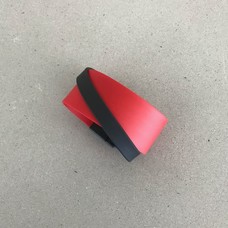 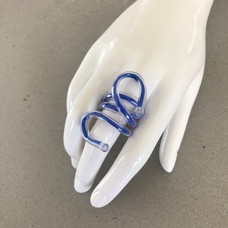 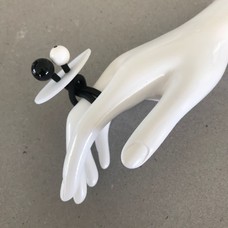 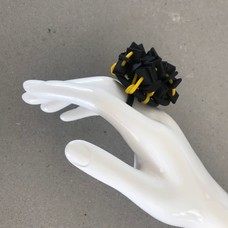 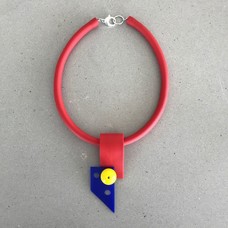 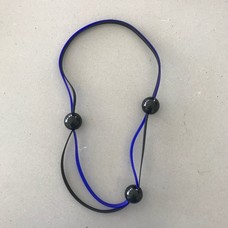