The Palomo Spain label was born in the spring of 2015, with an ethos that combined the dramatic spirit of the southern Spanish character of Alejandro Gómez Palomo, its designer and creative director, together with a sophisticated and urban street style of London, where he spent his formative years studying at the London College of Fashion.

Alejandro’s unique and controversial vision, together with his inquisitive character and obsessive attention to detail, earned him the spotlight from the very beginning. In fact, his graduation collection, titled Je t’aime moi non plus, a fusion of men’s tailoring techniques and feminine lines, was acclaimed by both the public and the press, so that it seemed like a natural progression for him to set up his own label upon his return to his native Spain. By the time he showed his first complete collection, titled Orlando - inspired by Virginia Woolf’s novel and Sally Potter’s celluloid version of it - he was already being courted by the likes of cult store Opening Ceremony, who bought his collection for their NYC and LA stores, and Carina Rotfield’s CR Fashion Book.

Whilst keeping as his base the newly set up atelier in Posadas, a small village outside Cordoba, Palomo Spain rise to fame started to gather momentum, so that by September 2016, when he presented his Boy Walks in an Exotic Forest collection, he was already being hailed as the rising star of Spanish fashion. By the time Beyoncé wore one of his pieces to present her twins to the world on what is still the second most liked picture in the history of Instagram, he was becoming a household name. In fact, it was as a result of this that he was invited by the Council of Fashion Designers of America (CFDA) to present his collection at New York Men’s Fashion Week, a show that was hailed by the international fashion press as a highlight of the season. Weeks later, it was shown in Madrid, to similar acclaim, leading to an invitation by the LVMH Talents Committee to participate in the prestigious LVMH prize.

Next stop, Paris, where Alejandro presented his ¡Palomo,por favor! collection, with a small show held at the Mona Bismarck American Center, which was followed by Hotel Palomo - a rebellious combination of irony and glamour held in Madrid’s iconic Hotel Wellington, where the creme de la creme of Madrid society rubbed shoulders with the city’s notorious underground movement. As his reputation as a creator of glamourous clothes that were exquisitely made grew, so did his figures, with a 300% rise in sales, whilst celebrity stylists clamoured to get his clothes worn by the likes of Harry Styles, Rita Ora and Miley Cyrus.

2018 turned out to be a milestone year for Alejandro Gomez Palomo and his label. In February, he was invited by the Federation de la Haute Couture et de la Mode to present his autumn/winter 18 collection, The Hunting - becoming the first Spanish brand to be invited to do so. With its historical references and sexy, modern twist, the collection became an immediate hit with international press and buyers alike, with particular mention made to the designer’s attention to detail. In May, he won Spanish Vogue’s Who’s on Next prize and in July he presented what Vogue Runway has referred to as his most mature collection yet in spring/summer’s Wunderkammer, which showed a more romantic, yet nonetheless transgressive side to the designer. Within days, it was being worn by the likes of Rosalia, Paco Leon and Olly Alexander, who wore one of the looks from the collection to accept his Live Act of the Year award at the GQ Awards Men of the Year award in London. 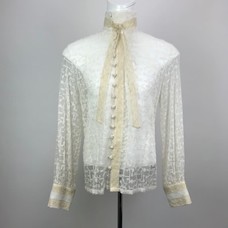 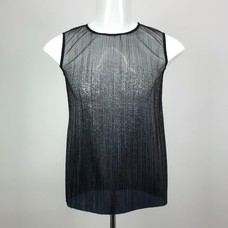 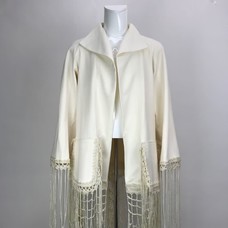 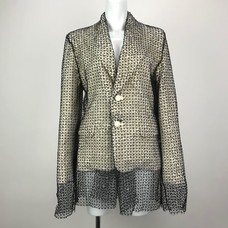