Graduated from the Ecole Nationale Supérieure des Beaux-Arts in Paris in 2003, Lionel Sabatté received several artistic prizes such as the Beijing Yishu 8 Prize, the Drawing Now Prize in 2017 and received the Award from the association « Les Amis de la Maison Rouge - Fondation Antoine de Galbert » in 2018. He produced a work presented in the patio of the foundation in 2018 at this occasion. His work has been the subject of numerous solo exhibitions in France and abroad, incorporating several institutional collections.

The sphere of living as well as the transformations of matter due to the passage of time are in the heart of Lionel Sabatté's work. For several years now, the artist has begun a process of collecting materials that keep the traces of an experience, a living: dust, ashes, charcoal, dead skin, tree stumps ... These elements are unexpectedly combined and the works thus created carry with them a delicacy but also a "disturbing strangeness", giving life to a hybrid bestiary in which creatures from the abyssal depths rub shoulders with small oxidized birds from islands, bears, wolves, emus, owls , but also unicorns ... Practicing both the painting, drawing and sculpture, Lionel Sabatté strives to create a dialogue between all his works in a permanent interconnection. His research on the mineral, the animal, the organic to sum up, gives access to us to a poetic works, sensitive, disturbing and that participate in a global reflection on our condition and the place we occupy in our environment, as evidenced by its installation / sculptures Meute de loup made of dust, presented in 2011 at the Natural History Museum in Paris. This piece has become an emblematic work for questions related to environmental issues. It was proposed to Lionel Sabatté in 2014 an exhibition at the Aquarium of Paris, which was particularly relayed by the press: one of the themes was to draw attention to the over-exploitation of resources maritime. A course in the city of La Rochelle on the theme of water and natural resources was then proposed to him. Finally, more recently, Lionel Sabatté has benefited of a personal exhibition at the Musée de la Chasse et de la Nature in Paris, « La sélection de parentèle », reflecting on the living and evolution. His recent work, some large oxidized bronze birds presented in 2019 in Lyon as part of the exhibition « Qui sait combien de fleurs ont dû tomber" (Nouvel Institut Franco-Chinois, Bullukian Foundation, Museums Gadagnes) and Toulouse through the exhibition "Lionel Sabatté: sculptures" (Centre d’art nomade) led him to redefine his relationship with sculpture and constantly reinvent his artistic practice. 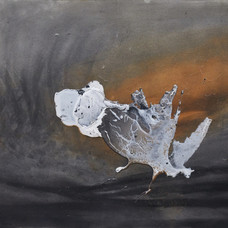 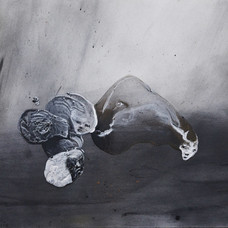 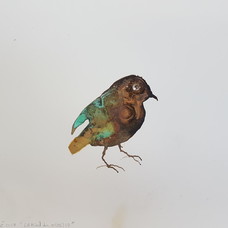