Born in the Philippines, Ken Samudio is a biologist by profession specializing in marine biodiversity before he became an accessories designer. Without any formal education in fashion, he ventured into accessories design armed only with raw natural talent and determination to succeed.

He was selected by Vogue Italia as one of the Vogue Talents for Accessories in 2014 and was featured in their 50th Anniversary Issue. A first for a Filipino.

He was also personally handpicked TWICE by the British Fashion Council and Sarah Mower of Vogue US to participate in the IFS 2014 and 2015 at the London Fashion Week respectively.

Samudio was also selected by the prestigious Pitti Immagine as one of their Super Talents in Milan for 2014.

His greatest achievement however, was being selected out of hundreds to launch his collection at the VOGUE TALENTS CORNER 2015 at Piazza Morando in the posh via Montenapoleone district in Milan where only 12 select designer from around the world were chosen to show their collection to important buyers, editors and press.

His unique technique explores the natural and organic forms found in nature mimicking distinct textures by using indigenous and recycled materials. He creates artworks from up-cycled beads made from water plastic bottles, recycled sea glass and other sustainable materials indigenous to his home country.

Ken Samudio has been working under the tutelage of fashion icon Josie Natori, His works have been featured in Vogue Italia, WWD, The Guardian, Vogue Accessory,L’Officiel, Glamour, Bark Magazine, Cosmopolitan USA, Business of Fashion (BOF) and Preview Magazine. 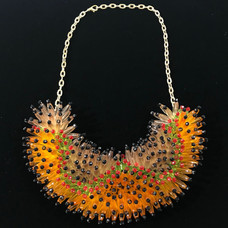 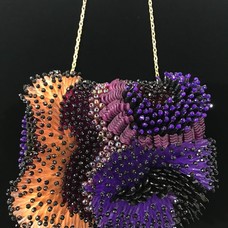 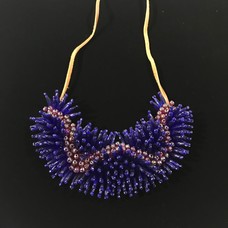 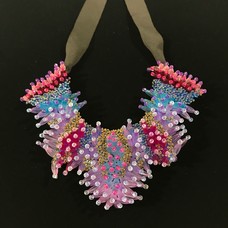 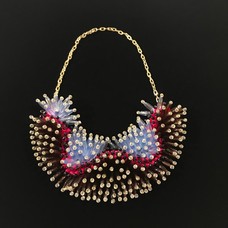 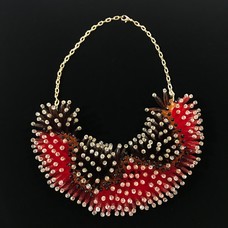